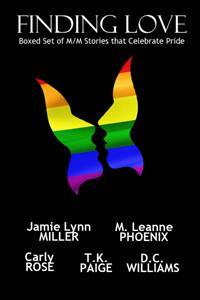 It’s up on GoodReads… and it should be released next week! Soooo excited! 🙂 I love being a part of this project and Indigent! Soooo proud of these stories! All ten (this book and Indigent) are by amazing authors, and I am blessed to know them, let alone publish alongside them! Keep an eye out! All proceeds go directly to The Trevor Project!