It just wasn’t going to work.

Tugging his hair back into a small blue hairtie, Kiyoshi threw his pencil down and growled. He couldn’t focus on his work because he couldn’t stop thinking about Shelly Gwynne, name purposely misspelled because—well, I don’t have a good reason. I just know I misspelled it on purpose. Getting to his feet, he crossed the cabana to the refrigerator and tugged out a cold bottle of water. Cracking it open, he tapped the power button on the speaker plugged into his iPod. Seconds later, he smiled as his favorite song began to play, “Be Still My Beating Heart” by Sting.

As he sang along with the Englishman, he muttered to himself, “A fool indeed, Kiyoshi, if you don’t get this done because of a man who doesn’t exist.”

But he does exist. He does, and I feel it in my bones that when we dive, I will find something that proves it.

A knock came at the door and he glanced over at the clock, cursing under his breath when he saw that it was 5.37. “Shit!”  Grabbing his white sparkle lip gloss, he lifted his eyes to his reflection in the mirror as he quickly applied it before grabbing the bottle of water and pouring some in his hands to rake them through his hair in attempt to give it shape.

Looking down at his clothes, Kiyoshi shrugged. “It’s not like he’s going to decide he wants forever tonight, right?”

Opening the door, he lifted his eyes to the man on the other side, sporting long sun-streaked brown hair and a thin beard. He held out a white daisy. “For you, beautiful.” Kiyoshi noted that his date also wore shorts and a tee-shirt with an open short-sleeved Hawaiian snap button shirt over it. On his feet were flip-flops and over his shoulder was a beach towel.

Taking the flower, Kiyoshi smiled shyly and motioned to his clothes, “I hope that you’re okay with me wearing this.”

The man, whose name for the life of him Kiyoshi couldn’t remember, reached out to tug Kiyoshi against him as he rasped, “I think you’re cute. I want to get to know you. I want to kiss you. I want to hear you laugh. I want to watch you peel your clothes off by the light of the moon—”

Jared. His name was Jared, he remembered suddenly; he’d met him at the new tiki bar close to the site. “Uhm… I think that I should tell you now that I don’t get naked on the first date. Sorry.”

Kiyoshi nodded, extracting himself. “Yeah. I am. And not for all of us is fucking how we say hello.” He handed the flower back to the man. “Think I’ll stay in, order takeout, and work on my book instead, Jared. Good night.”

Shutting the door, he locked it and turned to lean against it as he sighed. “Well… guess there’s a reason I lost track of the time and didn’t dress to impress.” Turning his eyes back to the drawing half-finished on the table, he shook his head. “I am never going to get you out of my head, am I, Shelly?”

Kiyoshi gazed down at the high cheekbones and slender nose, the dark brows and the full lips that had spread into a wide smile, framed by a thin dark beard and moustache, eyes wide and expressive and if he could give them color, they’d be a rich chocolate that had golden flecks that sparkled in the sunlight. “Wish that you were real, and not an invented person with the face of lovely Emrys Marlowe, though…” He looked hard at the drawing, the startling realization coming to him that he’d taken certain liberties with his favorite actor’s visage, that Shelly was Shelly, not Emrys as Shelly.

Sitting down, he got back to work, a smile touching his lips as he tapped the face of his phone to call Krissie. “Hey, can you call and order my usual? I sent Jared packing and I’m staying in with Shelly tonight.” 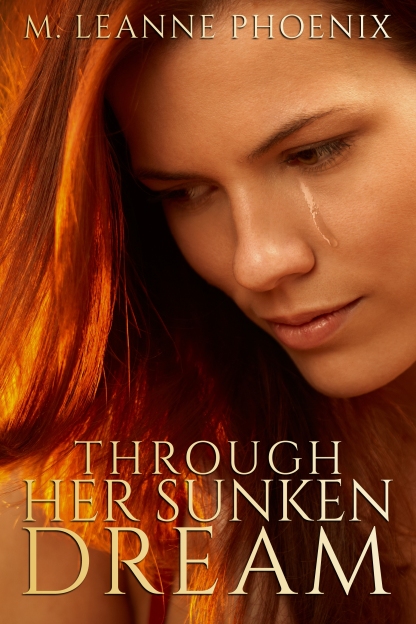